Here is an sneak peak from one of my online friends L.A Sherman’s new book about her life, she has a very interesting story!

Bengali Girls Don’t” by L.A. Sherman shares the author’s journey from her birth in a remote village during Bangladesh’s liberation war to her rebellious days in England as a young girl in the 1980s to her eventual forced marriage.

The story, which reads like a cultural exposé on Bengali culture, starts in the summer of 1971, in East Pakistan, with the author still inside her mother’s womb. With the Pakistani soldiers closing in, Sherman’s parents and two brothers had to flee through the forest when the soldiers raided their village to survive. After liberation, Sherman’s parents moved to England where she grew up wanting to be like the English girls, able to go out here and there, have friends over and have boyfriends. But when her parents caught on to her un-Islamic ways, they tricked her into going to Bangladesh so that they could marry her off. At fifteen, she was forced to marry a man old enough to be her father, had his baby, and suffered for four years under a domineering mother-in-law until unexpectedly winning the OP-1 visa lottery for America.

“The book is unique in that it really gives to the western reader an idea of what Bangladeshi home life is really like and how easy it is to get caught between two cultures.”

She was inspired to write the story due to the lack of English language books on Bengali lifestyles. “Sure, some authors have written about our way of living,” she says, “but those are by people who’ve never lived it; I lived it, I breathed it, my heart was emptied out because of it.”

She goes on to say that the book is about heartache and irony. About broken dreams. And how the life we choose is not always the life that chooses us.

“It’s like ‘Brick Lane’ on steroids,” Sherman says. “Or the Bengali version of ‘East is East.’

L.A. Sherman grew up in Bradford, England where she learned how to sneak out of the house without making the door creak. At the age of fifteen, she was tricked into going to Bangladesh by her parents and forced to marry a man as old as her father. After four years there with a wicked mother-in-law, she won the visa lottery for America and moved to the Big Apple. Now hard at work on her second book, she lives in Tampa, Florida with her family near a pond full of gators and spends her time doing all the things that Bengali girls don’t. 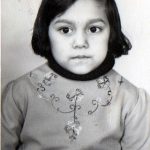 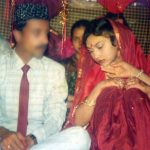 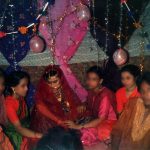 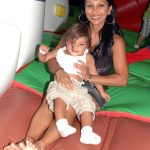