Well it has been over a month and the oil spill is still no closer to being plugged. BP is only concerned with their image and although I have been a supporter of President Obama what has he done to deal with this crisis? I hear politicians who are in bed with the oil companies say things like “Don’t worry if you have a business BP will write you a check for your losses”, BP will make it right. Really? I don’t think BP gives a shit about anybody but BP. There are plenty of businesses affected already from this disaster. Fisherman, Tourism, Beaches..

The crazy thing is that we have all these environmental laws that would fine and prison any local citizen for polluting. If I would to pour a gallon of oil into the water they would lock me up and fine me. But BP has millions upon millions of oil spewing into the beautiful Gulf waters and nothing has been done? What are the consequences?  Why is nobody being held accountable? How can you not have a plan in place in case of a disaster (accident) like this?

Louisiana shores already have oil and now it is heading for Florida and some of the most beautiful beaches in the world are going to be affected. People are already canceling their vacations to Florida. Not to mention the tons of wildlife the oil is going to kill.

I understand we need oil and rely on it so much, but not at this cost. To put in perspective of how much oil is leaking check out the tool below which is an estimate of the oil coming out per day.

Tell me what your thoughts are about this disaster. Do you think BP is responsible and needs to be held accountable? What can we do as citizens to help the situation. I thought of boycotting purchasing BP gas but come to find out that most of the stations are independently owned so really would only be hurting small business owners. 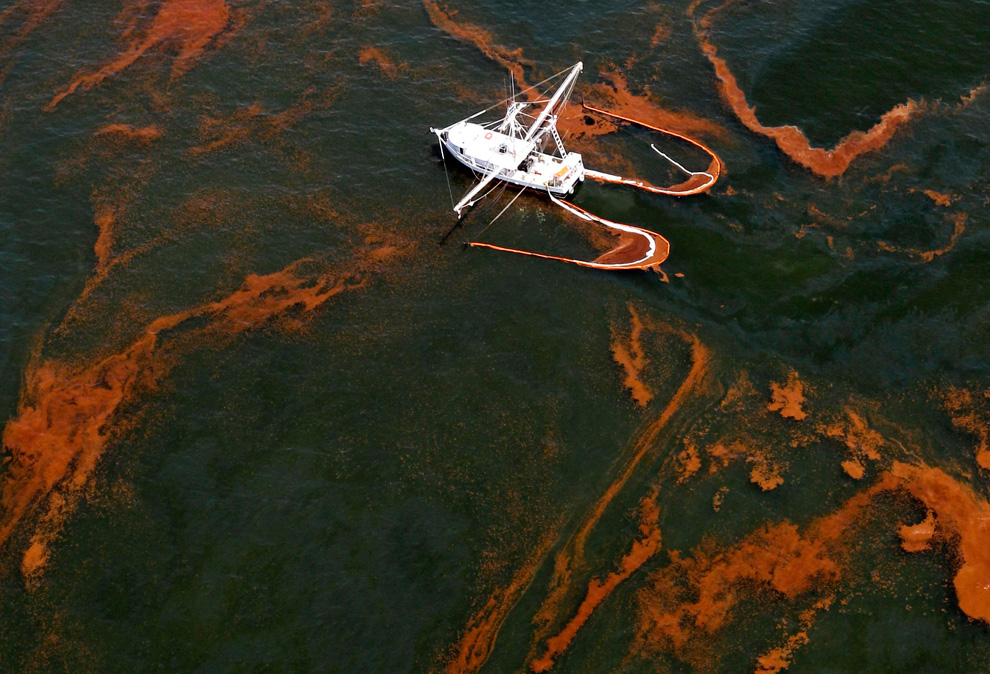